But How Soon?
Education Reimagined’s 2019 Symposium and the Surprising Pace of Change

What will it take to give all children in our country an education that truly unleashes their potential, and how long will it take? As part of the Education Reimagined 2019 Symposium in January, we were tasked with debating this question. Expectations for action varied widely, and the lack of consensus reinforced my personal why behind my work, my sense of urgency and my belief in what is possible.

As a founding member of LEAP, I was excited and proud to represent our organization at the conference, and in the discussion around this question. At LEAP, we’ve seen remarkable momentum building in our city and country toward a new future for education, and we firmly believe this vision of education that benefits every student can come to fruition. As Education Reimagined recognizes, the question is not if but when.

If I’d been asked this fifteen years ago, as a freshman at Northwestern University, I would have answered with a year in the distant future. Growing up in Englewood on the South Side of Chicago, I graduated at the top of my high school class and had never spent much time thinking critically about my own learning environments. Arriving at Northwestern, though, I realized very quickly that my education experience had not been everything it could have been. Feeling at times lost in lectures and overwhelmed in discussion sessions, it was clear my peers had been in environments where their voices were empowered, their passions were encouraged and their resources were limitless. As I worked to adjust to the campus, the inequities of my own experience stared me in the face. I thought about the unaddressed traumas of poverty and violence that had disrupted my classrooms; about the empty stands on our side at the academic decathlons; about my five siblings who were still in these same environments. Reckoning with the distance between the learning experience I’d deserved and the learning experience I’d received, change felt a long way away.

Eventually, though, the disappointment and frustration I felt lit a fire in me. I became determined, as I went through school and developed my own confidence, to make a difference in the lives of students in Chicago. I pursued roles at local organizations like Teach for America, New Schools for Chicago and now LEAP Innovations because I believe we can be nothing short of urgent as we change the learning paradigm, and because I know how movements work in this country. I know that a small group of people with a big idea and consistent determination can alter the trajectories of entire generations.

We are already seeing this happen. Before our debate at the Symposium, we heard presentations from students in Education Reimagined’s SparkHouse program, which brings together youth leaders to help catalyze and propel the national movement. These students spoke beautifully of the agency and passions that personalized learning helped them discover, and they are direct beneficiaries of the progress we’ve already made. They’re fighting for equity because they have experienced learning’s full power and know that their peers deserve nothing less.

I’m so proud to say that, today, both my elementary school and high school are LEAP collaborators, and pioneering institutions of fully student-centered learning. They are top-ranked CPS schools, actively changing outcomes for the South-side kids walking the same halls I did. As my preschooler embarks on his own education journey in the midst of a rapidly changing world, I know his opportunities will be grander than my own.

During the debate at the Symposium, some people estimated that it may take as long as 100 years for us to make tailored education experiences—learning that adapts to students’ needs and strengths and builds upon their passions—universal. I understood, of course, where they were coming from. But considering the work transforming education in cities like mine across the country, I had to respectfully disagree. And so, as I and so many kids like me have learned to do, I spoke up.

Real change, I told the rest of the Symposium, is possible sooner than we think. 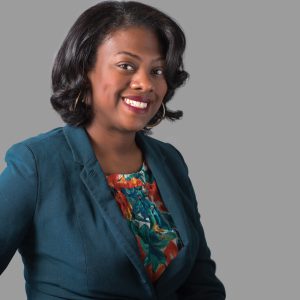