Collaboration and connection are central to our mission. If you have a question, idea or comment, we are here to listen. 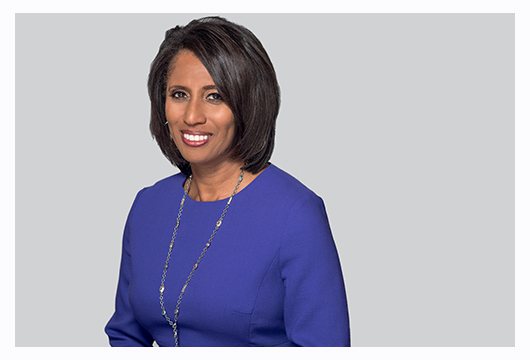 Phyllis Lockett is a serial social entrepreneur who has led transformative efforts in the education, government and civic arenas. She is currently the founder and CEO of LEAP Innovations, an organization headquartered in Chicago that connects innovation and education to transform how students learn. LEAP works directly with educators and innovators across the country to pilot, research and scale personalized learning technologies and innovative practices across classrooms and outside learning environments.

Currently, Phyllis is a board member of ASCD and CME Group, as well as an independent director of the Federal Home Loan Bank of Chicago. She is also a member of the Commercial Club of Chicago and a Henry Crown Fellow with the Aspen Institute. Phyllis and LEAP have been recognized through several awards, including the Chicago Innovation Awards 2016 Social Innovation Award, and the ASU+GSV 2018 Innovator of Color Award. She earned a Master of Management degree from the J.L. Kellogg Graduate School of Management at Northwestern University, and a Bachelor of Science degree in Industrial Engineering from Purdue University.

Amy comes to LEAP with 15 years of teaching experience both in Chicago Public Schools and the Archdiocese; including, three years as a K-12 instructional coach. At LEAP, Amy works with the professional learning team to create and facilitate personalized learning development for teachers.

John spent ten years as an educator working with a variety of public, charter, and independent schools throughout the east coast. At LEAP, John works with high schools to implement personalized learning practices to help prepare students for post secondary success.

As a former teacher and instructional coach, Annie has benefited from LEAP at the school level, witnessing its positive impact first hand. At LEAP, she now supports the professional learning design and facilitation.

A former Chicago Public Schools instructional leader, Erin has experienced the transformational power of personalized learning with her students. At LEAP she helps educators create innovative teaching and learning models in their own classrooms and schools.

Jordan has a rich background serving as an organizer of political campaigns. At LEAP, he works on research and data collection efforts to help schools and partners identify how best to support students and teachers in the transformation to personalized learning.

Jilliam has dedicated her career to measuring effective teaching practices. At LEAP, she provides psychometric leadership for LEAP's personalized-learning instructional and leadership competencies, and certification initiative.

Silvia has over 20 years of experience in senior executive administrative and office management roles, and is responsible for the day-to-day operations at LEAP. As a founding member of LEAP, she is dedicated to creating opportunity for every student.

Jannette is a former CPS educator, who worked with LEAP to create unique learning experiences to reach students of diverse cultural backgrounds. At LEAP, she continues to work with educators to ensure that all students have the tools necessary to succeed.

Jen brings 15 years of passionate experience in instructional coaching, evaluating instructional practice and teaching. She works with the LEAP professional learning team to ensure educators are supported and empowered to innovate in their classrooms.

Barbara has over 20 years' experience directing the business functions of nonprofit organizations, many in the education space. Her three school-aged children have taught her the importance of LEAP's work.